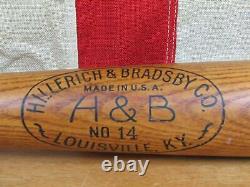 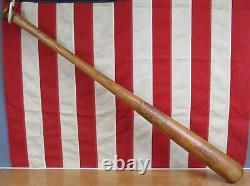 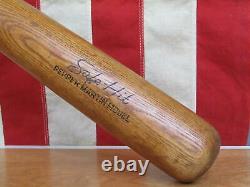 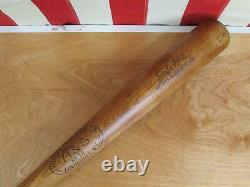 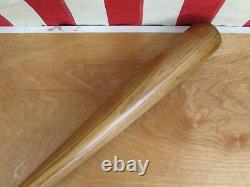 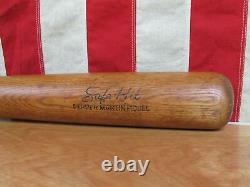 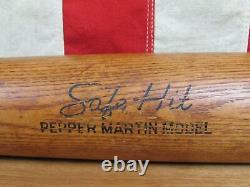 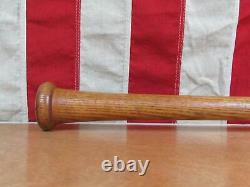 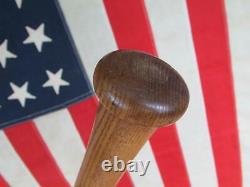 Vintage 1940s Hillerich & Bradsby Wood'Safe Hit' Baseball Bat Pepper Martin 35. Please Be sure to see the photos, directly below the Description. Vintage, Hillerich & Bradsby Co. Safe Hit' , Pepper Martin model. Middle Brand Reads:'H&B , Hillerich & Bradsby Co. Barrel end marked:'Safe Hit , Pepper Martin Model' No Cracks or damage. Bat is still sturdy & very solid. Please refer to the pictures below, for all the specifics.. Johnny Leonard Roosevelt "Pepper" Martin was an American professional baseball player and minor league manager. He was known as the Wild Horse of the Osage because of his daring, aggressive baserunning abilities. Martin played in Major League Baseball as a third baseman and an outfielder for the St. Louis Cardinals during the 1930s and early 1940s. He was best known for his heroics during the 1931 World Series, in which he was the catalyst in a Cardinals' upset victory over the Philadelphia Athletics. Martin was an integral member of the Cardinals' teams of the 1930s that became known as the Gashouse Gang for their roguish behavior and practical jokes. 298 career batting average along with 756 runs, 270 doubles, 75 triples. 443 slugging percentage, 59 home runs, 501 runs batted in, 146 stolen bases, 369 bases on balls and an on-base percentage of. 973 career fielding percentage in 613 games as an outfielder and a.
927 fielding percentage in 429 games as a third baseman. A four-time All-Star, Martin's World Series career batting average of. 418 (23-for-55) is still a series record, and he is tied for 10th with seven World Series stolen bases.
[50] He led the National League three times in stolen bases and once in runs scored. If you need any other info/details/measurements, or would like to see additional Pic. Has been grossly misrepresented in description. If you are unsure about fit (measurements), or description of an item.. Get Supersized Images & Free Image Hosting.

The seller is "acevintagerevivalco" and is located in Lititz, Pennsylvania. This item can be shipped worldwide.